So, May ended a couple weeks ago but, this month’s update is going to focus on what happens during the second month of the school year.  You’ve settled down, sorted out all your banking, your classes, maybe joined a club or two, and have more or less settled into a routine. So, let’s get started into what to expect from classes, clubs, and culture at Hirosaki University!

Your choice of classes at Hirodai, depends on your level of Japanese. There are five different Japanese class levels, and which one you are placed in is determined by a placement test that is taken on your second or third day of orientation.  You may be able to move up or down one level however, at the approval of your teacher. 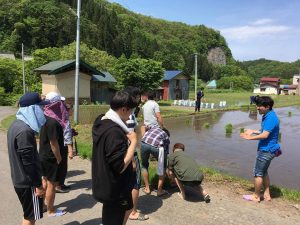 In order to meet the requirements of your student visa, you are required to take at least 7 classes per week. Hirodai recommends each student to take at least 9 classes per week, just in case unexpected circumstances occur that force you to drop a couple of classes. Think of it as a kind of safety net.  I’ve laid out the five levels of Japanese classes below, along with the number of Japanese classes each level has every week and other classes you can take to fill up that class schedule.

So, as you can see, the higher your Japanese level, the less Japanese language classes you have and the more space you will have available in your timetable to take other cultural, or even mainstream classes with domestic students.

Below are listed some (but not all) of the options for Japanese cultural classes available for International students. 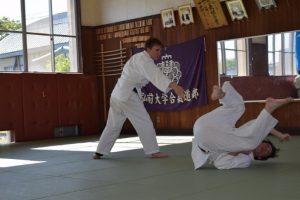 There is also a wide range of Internship classes available especially for international students. This is one of the great things about choosing Hirosaki University as your University of exchange.  A high level of Japanese is not necessary to be able to take an internship class as there are options available no matter how basic or advanced your Japanese language skills are.  Most of the internships available are often involved with the Hirosaki Tourism Bureau; assisting with translations, article writing, creating itineraries, and being a tour guide during seasonal festivals. Other internships also include teaching assistant at the local Elementary school, and Hotel work.

Taking one of these internship classes is an excellent way to really integrate yourself into working life in Hirosaki. It’s also a great way to put your name out there and gain some experience in a Japanese work place, as well as making worthwhile acquaintances that could be invaluable to you in the future.

One of the things that I definitely think Japan does better than anywhere else in the world, is clubs! Hirodai has a club for almost every interest under the sun, which is great, but can also make it very difficult to choose which ones you want to join.  You aren’t limited to only one club though. In fact, you can join as many clubs as you can handle! Though that isn’t always recommended.

Clubs are the best and easiest way to make Japanese friends at university. It’s also a fantastic way to practice your Japanese, as most students will speak very little English and so will mainly communicate with you in Japanese. 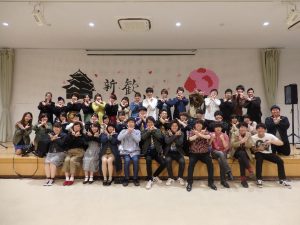 The best time to join clubs would be when they start recruiting in April. This is the start of the school year in Japan and so all things will naturally begin from April. This is not to say that you can’t join clubs from the second semester in October, you can, it’s just slightly more limiting as most clubs would have already established their schedule for the year and already organised events, that as a new-comer, will be difficult to join half way through the year.  Joining certain clubs as an international student can be a little bit difficult as well.  For example, if you plan to join a sports or traditional sports club (i.e. Karate, Judo, Aikido, Kendo, Kyudo), be prepared to have practice every day for 2 or more hours.  On top of that, if you enter as a beginner, the number of activities you would be allowed to participate in will be very limited.  Certain clubs, like choir, orchestra, band, would also be difficult to join if you are an exchange student that is only studying for one semester as they would be forced to fill your spot when you leave which would be difficult for them. 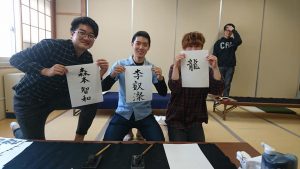 Besides these tiny bumps, I would highly recommend you join a club during your stay at Hirodai. It is by the far the best way to really integrate yourself into student life at Hirodai. Unless you’re able to take domestic classes with other Japanese students, clubs are the main and easiest way for you to make Japanese friends.

Clubs do come with fees, however. Most will have either a joining fee or a monthly fee that members are required to pay. This pays for club facilities and equipment depending on which club you join.

Hirosaki University is a university like any other and so it comes with its own culture. Not just Hirosaki University, but Hirosaki City itself. There are always many events taking place in and around the University and the city.  Making an effort to find and participate in these events is really worthwhile in making the most of and integrating yourself into Hirosaki life. 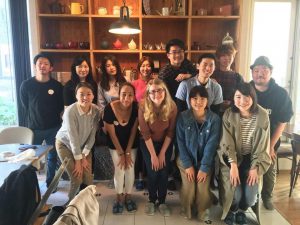 Clubs often have events and performances throughout the semesters. The International Centre and English Lounge/Centre will also have various events happening throughout the year as well, that encourage international students to participate in.

Events around Hirosaki City are also a great way to experience the life and culture of Hirosaki and get to know the people who live here as well.  Certain events will strongly encourage international students to take part in as they will aim to integrate the international and local communities. These events include, volunteer work that can include, teaching, fun days at schools and events at local centres (community centres/shopping malls/schools) meeting young families and sharing international food dishes with the local community. 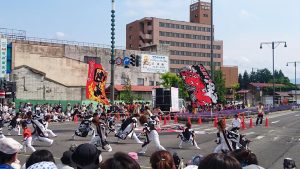 Joining the Host Family programme through the University is also a great way to learn about the local life of Hirosaki. Get paired up with a family in Hirosaki and meet with them regularly. Learn about their culture, their lives in Hirosaki and go on outings and to events with them, meeting new people and experiencing new things that only a local would know.

Though Hirosaki may be a small and very rural city compared to that of Tokyo, Kyoto, and Sendai, it still has so much to offer you! You make have to make more of an effort to find those special events and places, but once you find them, you’ll be glad you did! 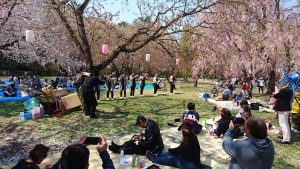